So when I spared that second time this month with my client/friend/student, I mentioned in a previous blog that I was playing really, really well.  I mean, REALLY well.  I have to admit that I am super surprised how well I am playing, for someone who hasn't played pool for an entire year.  But it shows that my pre shot routine and mechanics that I honed-in the last few years of the height of my pool journey I definitely instilled in me.  But, I also didn't just "show up" - I prepared to play my best and also ensured I was comfortable; no matter how well my mechanics are still, preparation is still part of playing your best.

But during my jam-up session, lol, I mentioned to her that maybe I should play in that scotch doubles tournament that I was invited to play in.

However, I already knew the answer was really no for me; maybe I just secretly wanted to point out to her that she wasn't the only one playing good that day (she was playing jam-up, too!)

But, I wanted to chat real quick about this here in my blog.

I've expressed numerous times already that it took me a very long time to (1) get the killer instinct, (2) to become mentally strong to not let things distract me when I'm playing pool, and (3) to get my pre-shot routine down firm.  I truly feel the reason it took me so long is a direct correlation of me not playing sports in school.  But that's for another blog topic.  :)

The bottom line is, I know myself and based on my past attempts the last few years at playing in tournaments, I already know that I am only mentally strong when I'm consistently competing.  Once I stopped competing, that mental toughness definitely went away for me.  As a matter of fact, I noticed it was the first thing that went away for me.

Even though the brain is a muscle, for me my muscle memory in my arms and in my pre stroke routine are still there, but not in my mental toughness.

So, back to the discussion with my friend....

She said, "You are playing really good.  Maybe you should go play in that doubles tourney?"

My response was flatly, "Yea, but I'm playing well here because I have no pressure."

This day I had no outside influence, no people watching me, no worry about invisible status, I did not have to worry about what people were thinking about me, or wonder who I *might* play next, etc.

You see the difference already?

If I was still competing, I'd be mentally strong and those worries wouldn't even enter my mind.  Instead, I would walk in the room confident with my head held high, chest out, strutting a little bit (lol), ready to play.

So, yes I was playing really solid that day, but I also had no pressure because I'm retired.  :) 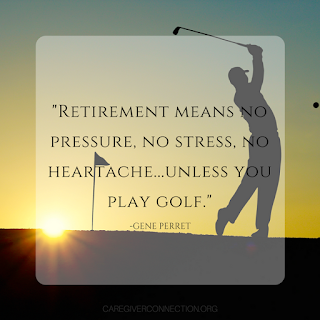