Wizards in Richardson, Texas has sixteen 8-foot tables - the largest number of same-sized tables in the metroplex - so we took advantage of that and opened the field from the normal 80-95 players to over 100.  We were trying for 128 to get a full bracket!  But a few people had to cancel due to last minute situations, but 123 was still AWESOME.

However, there were several very new players to the tour.  And not just to the tour, but to a large tournament such as this.

And while that may seem exciting, it really wasn't with so many players, lol.

You see, even with 16 tables, it took many hours just to get through the first 2-3 rounds.  So what may have seemed like a great opportunity, made me wonder if this was not the right stop for someone new to big tournaments to attend because the wait time between some matches was 5 hours.  :( 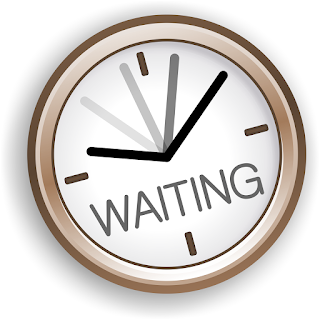 I think the players all still loved the experience, atmosphere, and to be able to mingle, have fun, watch a lot of matches, and get their feet wet.  It just made for an extremely long day.

While I am super excited we had so many players and so many new players, I hope the long wait between matches wasn't a deterrent for future tourneys for the newbies.  I'm sure after a few weeks, they will "forget" (lol) how long that Saturday really was and get the itch to play in another big tournament.  They will get to see for themselves if they attend another Omega stop at a different location or a different tournament with less players that it goes by much faster and you get to play more in less time.

Then again, someone pointed out to me that they liked staying there all day.  Sometimes, the said, they attend an event with 30-40 players, and lose both their matches before noon and feel like a real loser for going home so early, lol.