Snitches Among Friends (and a Great Tip!)

I mentioned before that I sparred a few times with two friends in the spring.  It's been really fun because we get to spend quality time together not just playing pool, but we usually eat before or after, which is always nice to do with great friends.

One important part of the game I have shared with others, I consequently shared with these two ladies as we sparred.

I learned from my friend June Hagar Walter a very long time ago, don't ever tell your opponent you fouled.

She instilled in me that it's my opponent's responsibility to pay attention to the game.

Now, I'm not saying you're not supposed to fess up if you are asked, "Is that a foul?"  I'm NOT talking about lying at all! But what I am saying is, if you foul, simply walk away from the table and sit down. If your opponent asks you if you foul, you absolutely be honest and say yes.

However, she taught me to not pick up the cue ball and give it to your opponent. Nor tell your opponent that you fouled.

I'm not going to be able to truly express why this is an important part of the mental strategy of the game, but let me try. It could be because it is the opponent's responsibility to pay attention and you aren't their keeper. It could also be because it is more a 'killer instinct' kind of action. Remember on the table you are not suppose to be friends. It could also be that it might annoy your opponent, right? But it's a legal part of the game - you aren't going against any rules.

However, I fully admit to you that because I didn't get even a smidgen of the killer instinct until about 15 years into my pool journey, I picked that cue ball up or offered my blunder to my opponents all the time, lol! It was only when I got more mentally stronger and that killer instinct ramped up, that I was finally able to walk away from the table knowing I fouled without telling my opponent.

Here's the kicker: this goes completely against my grain of being a nice person!  It was actually REALLY hard to do, because I felt like it was going against my own personality and character. I am serious - it was truly difficult! I felt like I was being mean, and that's not like me. But once I figured out more about the killer instinct and to be tougher (not nice friends with my opponents), then I realized it was just part of the game.

Okay, back to my sparring friends!

I think we sparred together about four times, and so you can imagine that fouling happens often enough that it happened every session. And I would give them this June Hager Walter advice. But, they seemed to forget the advice a lot (because it was a habit) and they would always want to give me the cueball after they fouled.  I would remind them to stop doing that. Sometimes they would say, "Well we're just sparring, we're not competing, so I'm just doing it to be nice." Well, that allowed me to use the moment to remind them that even when we spar, we are to treat it like a real match. And in matches, we are not suppose to be nice!  I also reminded them they needed to get into that 'routine' / 'habit' (just like I had to) - so even when they're practicing or having fun, don't go out of their way to tell their opponent they fouled.

I know it was difficult for them, as they are two of the sweetest people you will ever meet, and so it goes against their grain to not just tell their opponent they fouled, also. I get it, I really do! But I wanted to remind them (when it came up) that this is a great tool to have in their toolbox because it IS a mental toughness and strategy thing.

Eventually, towards the last of our sparring sessions, if one of them fouled and almost grabbed the cue ball, the other one would kind of pick on them because that's what they weren't supposed to do. And they knew that I would get on to them, lol. It became really funny!

So imagine my surprise when in May I was having dinner with one of the ladies.  And she snitched on the other one!

Their teams were playing league against each other one night, and in their own match, the other friend fouled, picked up the cue ball, and gave it to her. And my friend, eating dinner with me, sharing this story, was almost like an older sister who snitched on the bad behavior to her mother! She couldn't wait to tell me our friend did that LOL!

My friends are so cute! 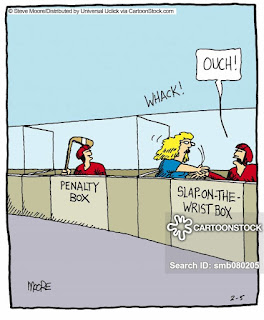